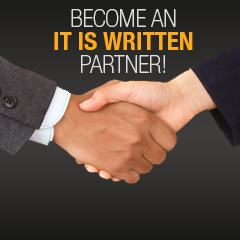 September 11, 2020 On Demand: Join Partners at a virtual broadcast of It Is Written's annual Partnership weekend - an unforgettable celebration of inspiration, fellowship, and commitment. Read more 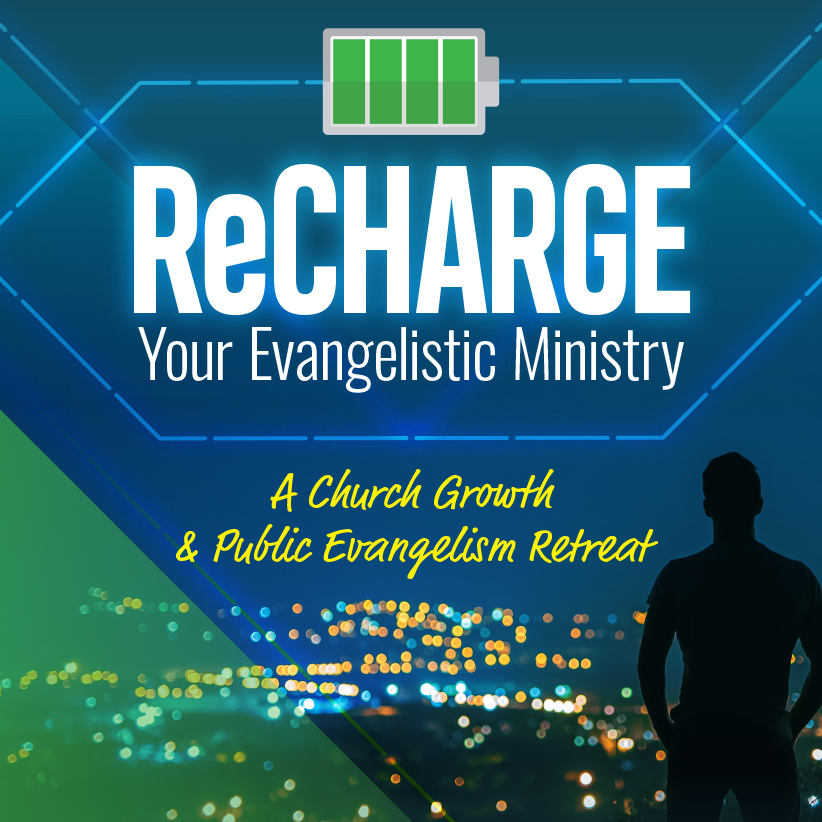 December 13, 2020 Would you like to infuse new life into your church? Are you interested in energizing your evangelism efforts? Are you ready for church growth? Then you need to attend ReCharge, the It Is Written church growth and evangelism retreat. Read more

Reports of Past Events 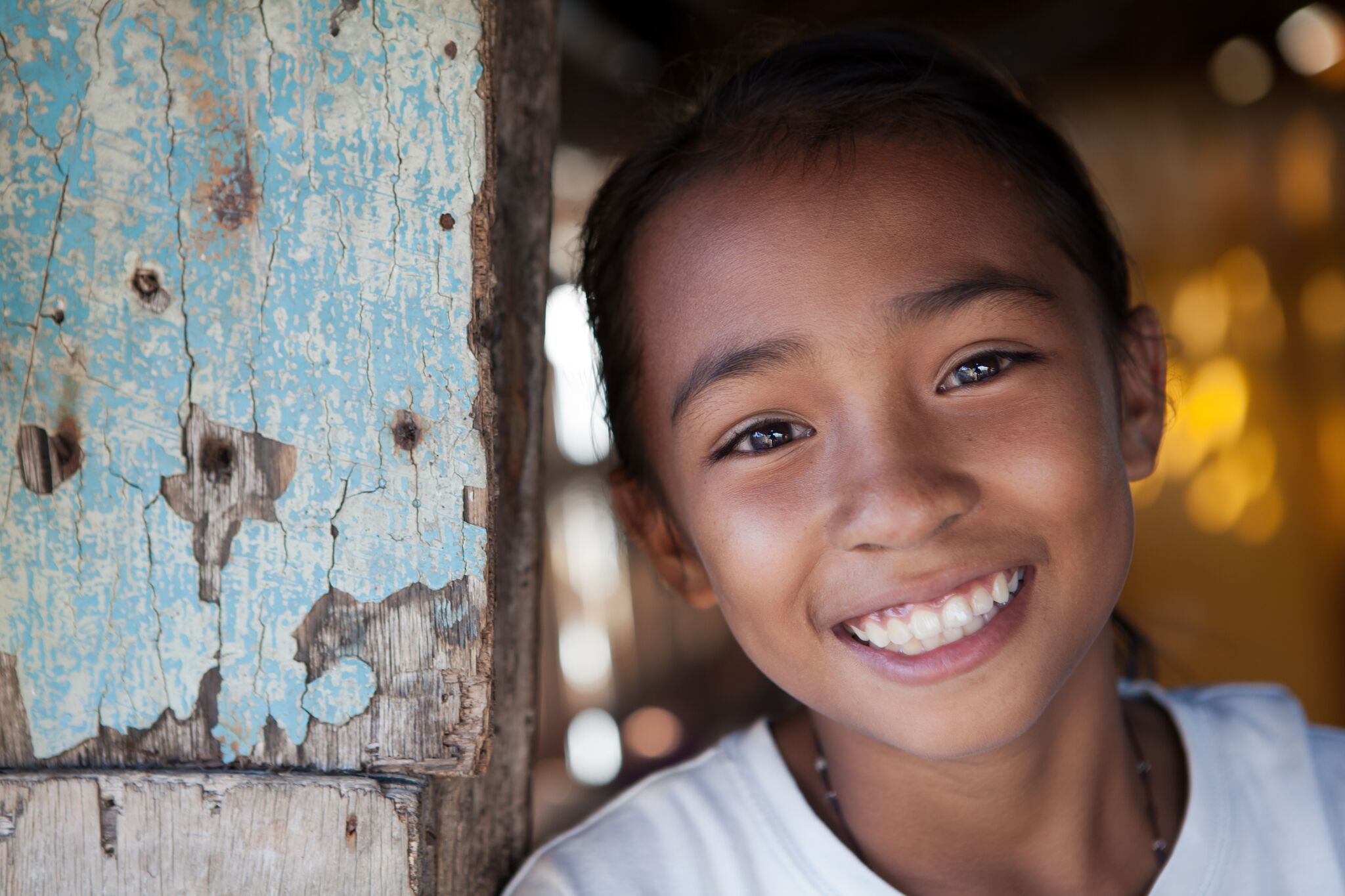 July 13, 2018 We are looking for 500 evangelists and lay evangelists. Yes, you read correctly, 500! The Central Luzon Conference has slots for 500 evangelists and is praying for a harvest of 50,000 souls. Come and join Pastor John Bradshaw and It Is Written as we loudly and boldly proclaim the everlasting gospel in the Philippines. It Is Written will provide you with the sermon manuscripts and slides. All you need to do is claim an open slot, prepare, preach, and enjoy the great results. Read more 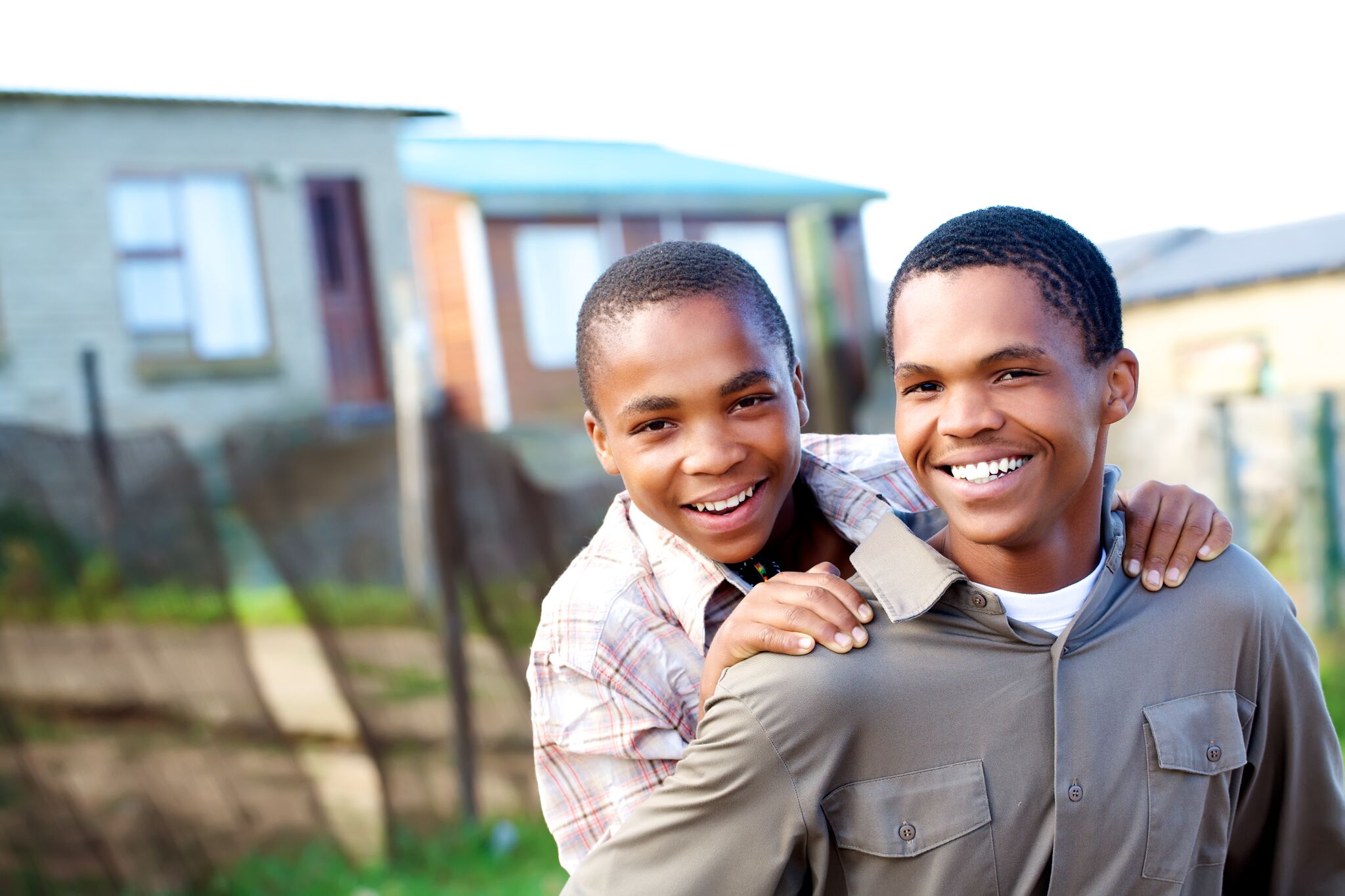 October 6, 2018 We are looking for evangelists and health professionals. John Bradshaw and It Is Written are joining forces with local church leaders and pastors to reach the Gauteng province for Christ. This province includes two of the biggest cities in South Africa: Johannesburg and Pretoria. These two cities and their surrounding areas have a combined population that exceeds 12 million people. Come and be part of this big synchronized evangelism project in this part of the world. Read more 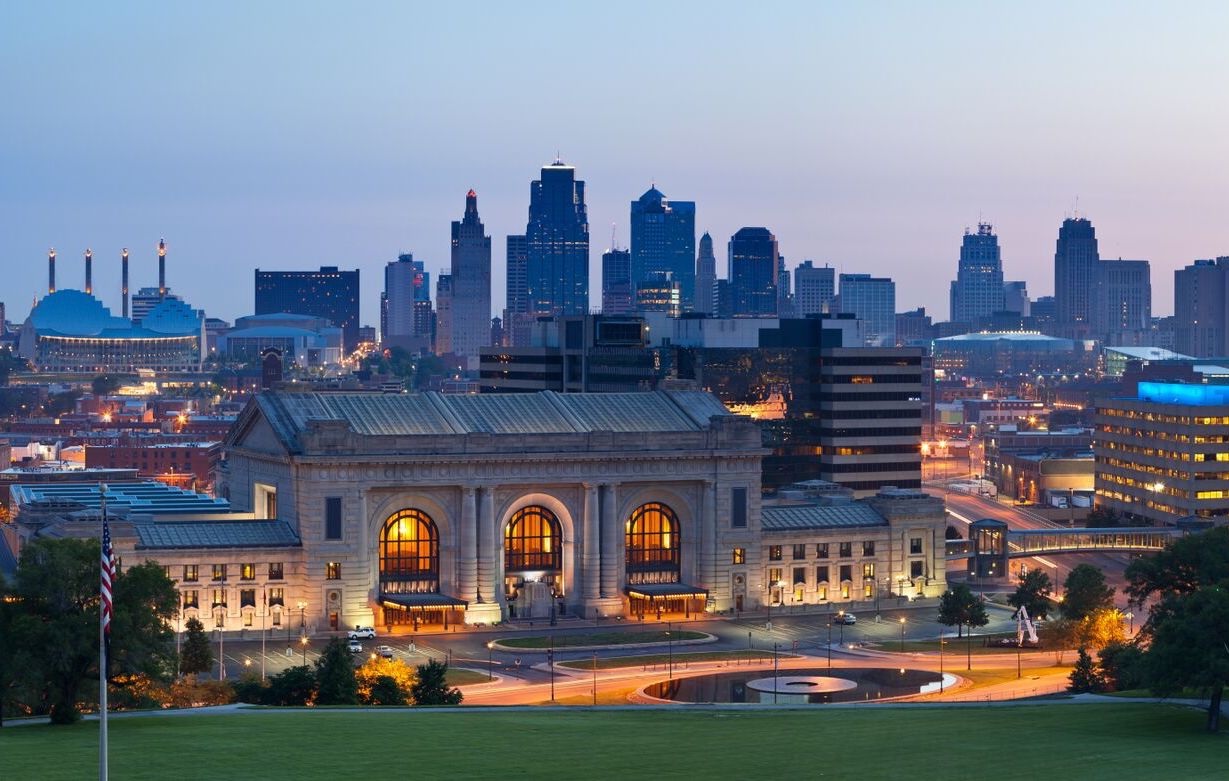 March 30, 2018 A new day of hope is dawning for thousands in and around Kansas City, Kansas. It Is Written is working with area churches in two states and three conferences to host a Revelation Today series presented by John Bradshaw March 30 through April 28, 2018. This is It Is Written’s first citywide evangelistic series for this growing town. The meetings will be held in the Jack Reardon Convention Center. Read more 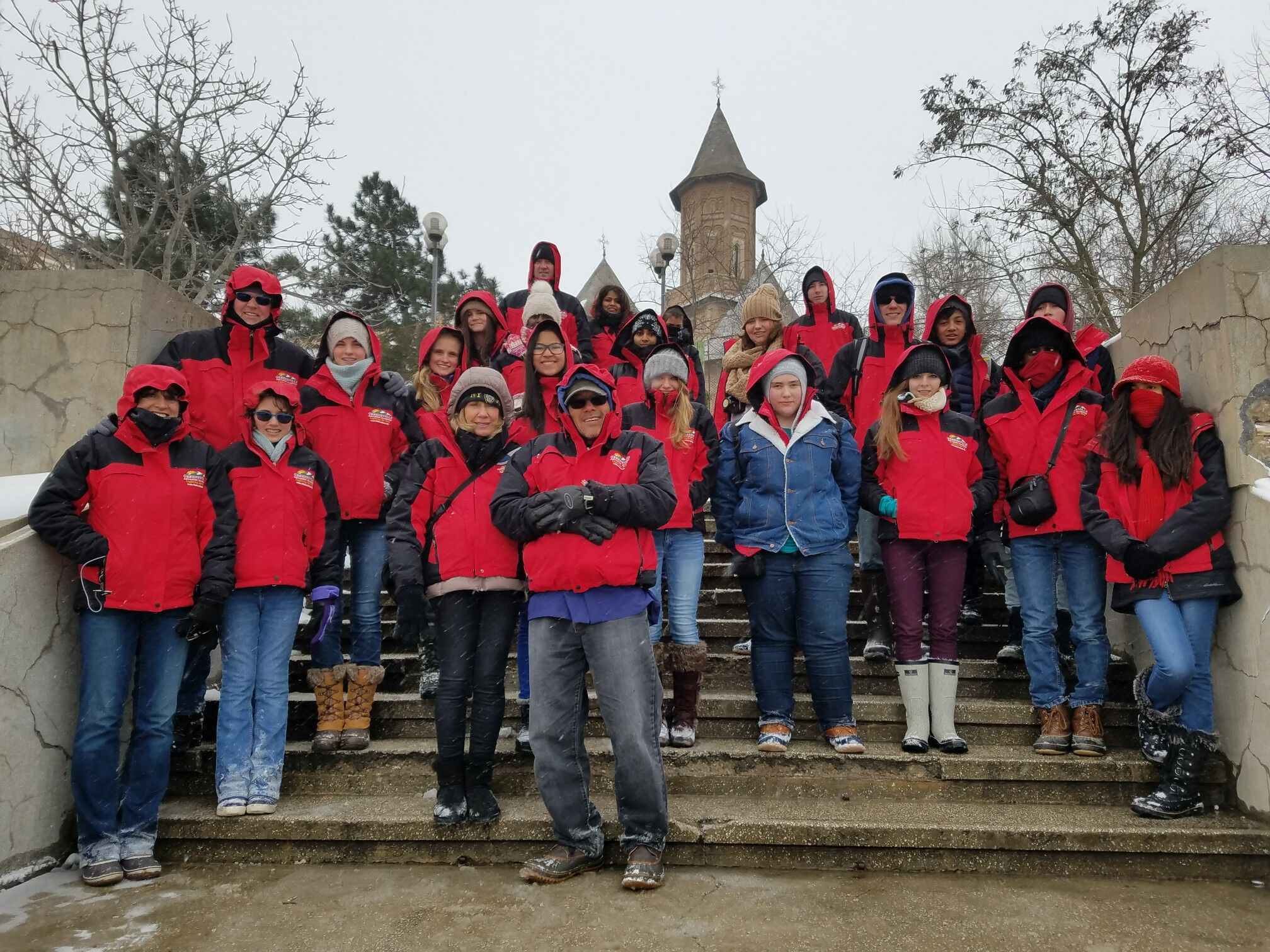 February 23, 2018 A group of over 25 people led by It Is Written ministry partners Dr. Brad and Angela Emde went to Moldova. The group, which included high school students from a small warm town in Tennessee, found themselves in a one of the poorest countries in Europe – and it was also very cold. The group assisted with a free vision clinic, giving out free eyeglasses, and doing other community projects. In the evening they held Vacation Bible School-style evangelism programs. Read more 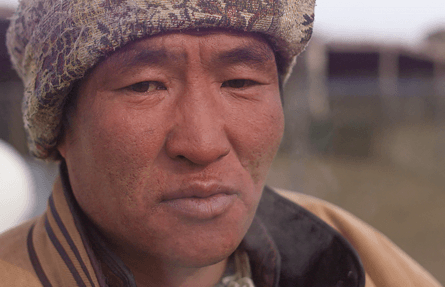 March 14, 2018 Nearly volunteers, including health professionals, traveled to Mongolia March 14 – 20, 2018 to run a clinic near the city of Ulaanbaatar, the capital of Mongolia. Clinics, set up at an Adventist church, are one of the best ways to build bridges with a population that is 97 percent non-Christian. It Is Written’s past four mission trips to Mongolia had a profound impact on the church’s work there. This was an unforgettable evangelism experience. Read more 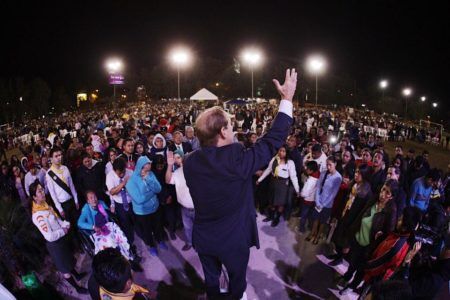 February 21, 2018 Pastor Robert Costa, speaker/director of Escrito Está, held evangelistic meetings in the capital city of Guatemala. On the first night, almost 3,000 people attended the meetings. One thousand of the attendees were visitors who were either brought by a friend or who received one of 10,000 invitations delivered by Publinews newspaper or through social media. The event concluded with 90 baptisms, including eight on the first night, and 195 additional decisions for baptism. Read more

October 25, 2017 To commemorate the 500th anniversary of the Protestant Reformation, It Is Written returned to Europe. Two parallel series took place—one in Luther’s Germany where the Reformation began and the other in Rome, Italy, a place where much of the Reformation controversy centered. Read more 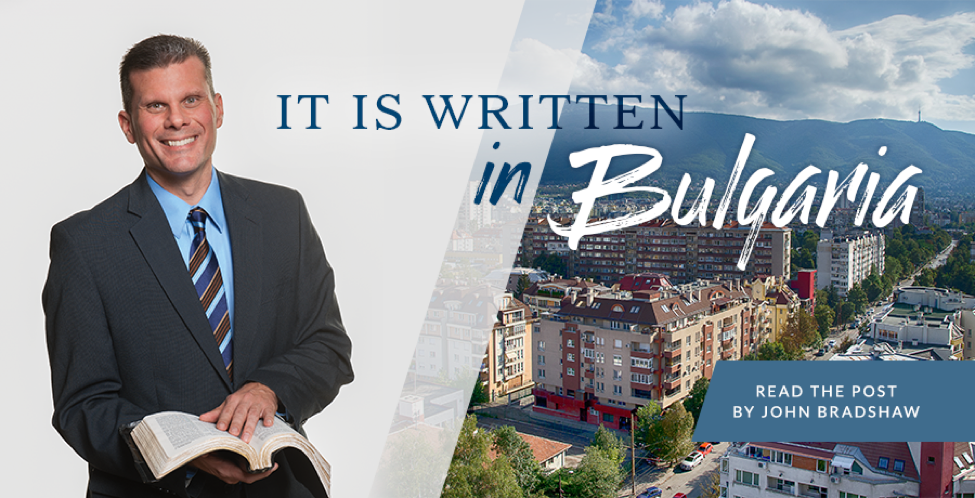 It Is Written in Bulgaria

September 14, 2017 Bulgaria, a socialist country for almost 50 years in the twentieth century, is bordered by Greece, Turkey, Macedonia, Serbia, and Romania, while to the east it is bordered by the Black Sea. It is known for its winemaking, roses, and world-renowned yogurt. More than three-quarters of Bulgarians describe themselves as Eastern Orthodox, with another 10 percent being Sunni Muslim. While Protestants are a minority in Bulgaria, the gospel has been moving with power since the fall of communism. Read more 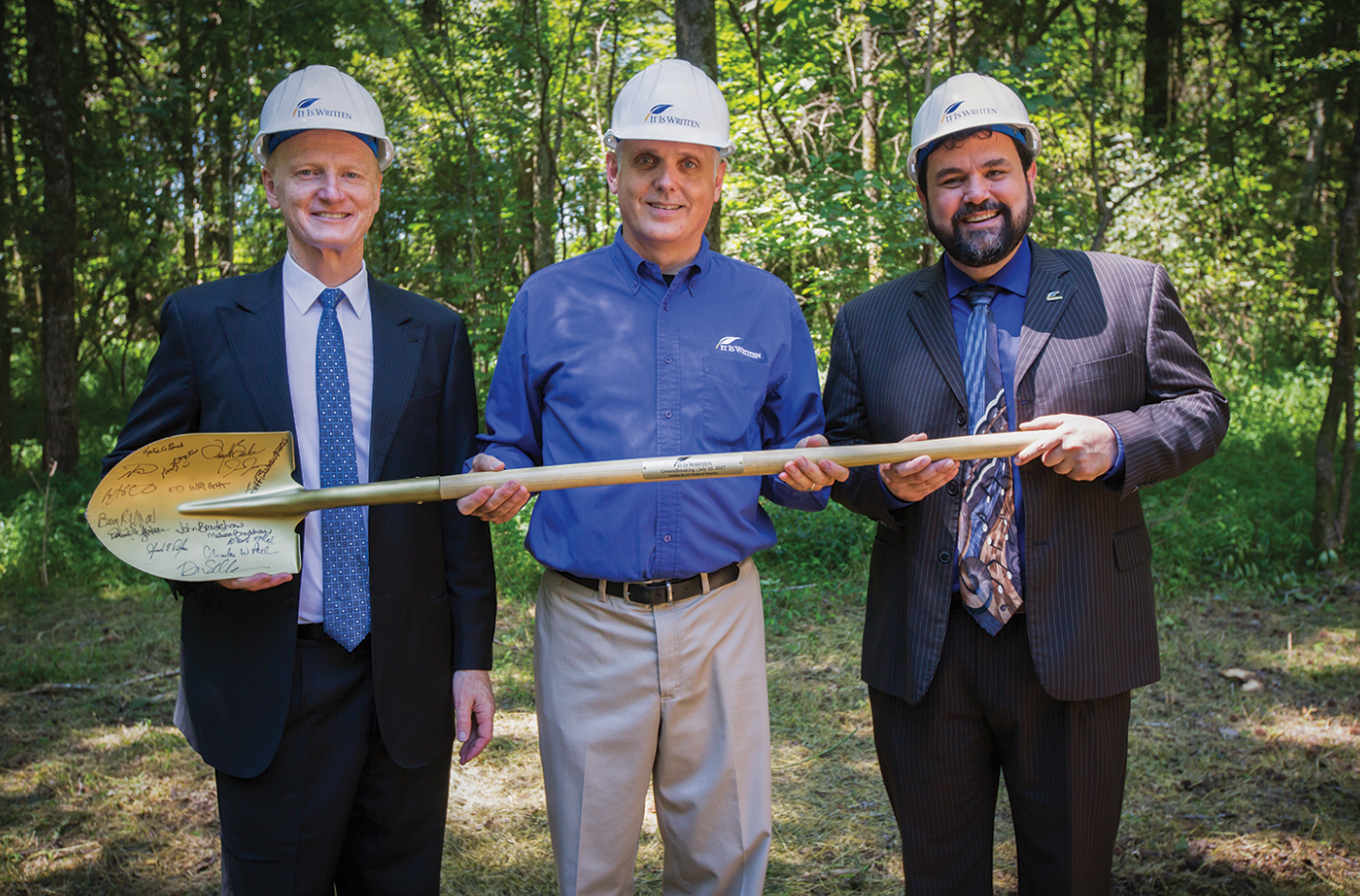 It Is Written Breaks Ground for New Ministry Headquarters

July 10, 2017 More than 300 attended the groundbreaking ceremony for the new It Is Written ministry headquarters held in July of last year in Collegedale, Tennessee. https://issuu.com/iiwmedia/docs/impressions_11_-_issuu/22  Read more 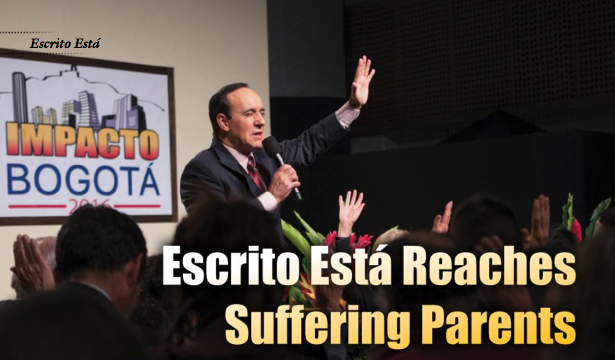 April 26, 2017 These evangelistic series helped to encourage local church leadership and members, who often struggle in this complex and secular city of more than 9 million people. “We should never be intimidated by numbers because we are not working alone,” said Pastor Robert Costa. Read more 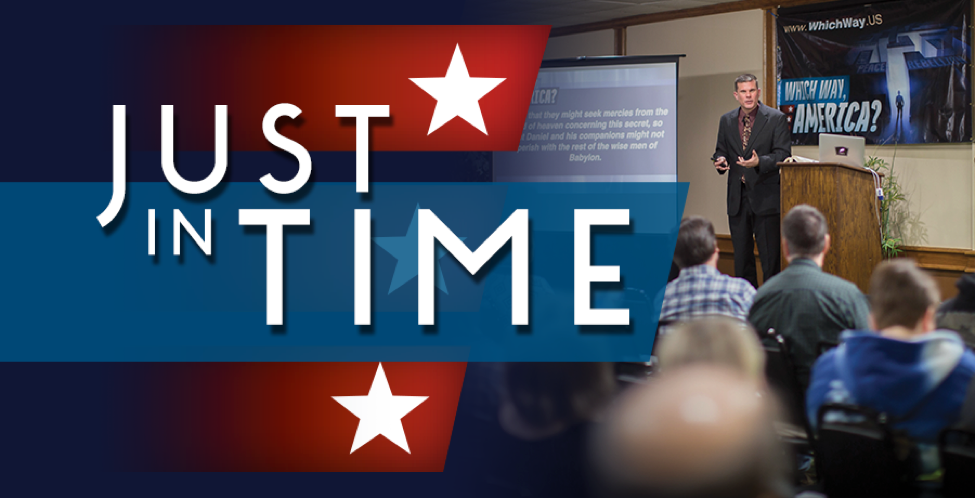 February 3, 2017 In early 2017, It Is Written Associate Speaker Eric Flickinger presented a series of meetings in Dickinson, North Dakota. This account he shared reminds me why It Is Written shares Jesus in the United States and around the world. Read more 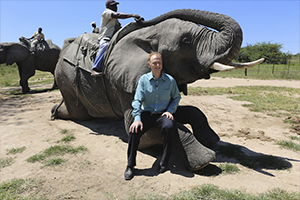 March 30, 2016 Beginning earlier in March, the It Is Written team has been conducting 10 simultaneous series of meetings around the city of Gweru, which is right about in the middle of Zimbabwe. I am preaching at one site, my son Jacob at another. The remainder are covered by Chris Holland of It Is Written Canada; Gary Kent of It Is Written Oceania; It Is Written Evangelism Director Yves Monnier; and others. Read more